Summer in Azerbaijan, Winter in Qatar: Imperial Games and The Politics of Sport

The quality of human rights has been criticised with regards to many major international sporting events in recent years. This article begins with this subject matter before continuing to examine the links between sport, politics, and imperialism, with particular emphasis on three events: The 2022 Winter Olympic Games; The 2015 European Games in Baku, Azerbaijan; and the 2022 FIFA World Cup in Qatar.

“CHINA LIES, TIBET DIES” was chanted outside the offices of the International Olympic Committee in Lausanne, Switzerland on Wednesday, June 10th. A small but effective group of protestors intervened in what was the final bidding process for the hosting of the 2022 Winter Olympic Games. The city of Almaty in Kazakhstan is the only remaining bid opposing that of Beijing, China, and while the latter is retaining its position as the favourite to be named hosts, these Tibetan and Chinese voices are becoming very discordant music to the ears of Chinese officials.

The motives of these protesters emerge from what they referred to as the absence of human rights in China. One woman involved labelled China ‘a dictatorial government’ that is ‘violating our rights’. Such concerns have also been held with regards to another major sporting even scheduled to take place in 2022: the FIFA Men’s World Cup in Qatar. The widespread illegal activities of senior officials within FIFA uncovered in recent weeks have removed the football organisation’s ultra-thin veil of respectability to reveal scandal and corruption, but the giddy sensationalism of reports of money laundering has in part overshadowed the very human scandal that’s been developing in Qatar. 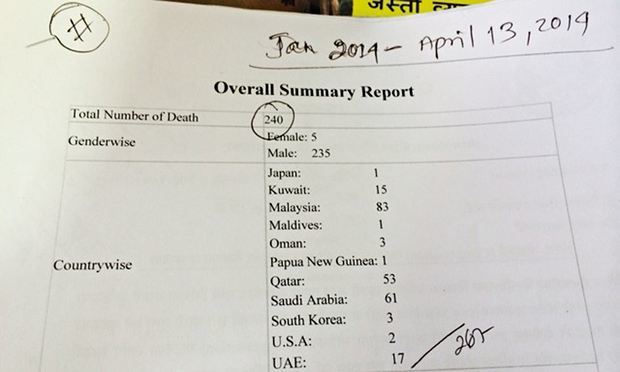 In the rush to build suitable stadiums and accommodation for the tournament, workers are dying. Various news sources have reported on the communes that workers are forced to live in, the awful conditions within them, as well as the more frightening legal stipulations of their contracts. Writing for The Guardian in May 2014, Owen Gibson noted the ‘kafala system’ operating in the country, which ties workers to their employers and allows for their wages, passports, and exit visas to be withheld. Gibson also states that over 90% of the population of Qatar consists of migrant workers from countries such as India, Nepal, and Pakistan.

In Qatar’s case, the World Cup and human rights are clearly intertwined, but for China it is notably different. They are yet to have even been granted the 2022 Winter Olympic Games, thus their human rights issues are not overtly entangled with the event itself (though protesters did reference the 2008 Summer Olympics in Beijing in their criticisms of the country). This ushers into the debate an important though rarely interrogated question: what does sport have to do with politics? Sometimes, it is blatant that the two are related, but how is it decided when and where to halt involvement in a sports event due to legal, political, or social situations in host nations? Should Ireland be disregarded as a potential candidate due to its laws regarding abortion, deemed a violation of human rights by Amnesty this month? Should states such as the USA and India (and indeed China), who continue to enforce the death penalty in their justice systems, be denied hosting credibility? These few examples illustrate how complex morality can be in the context of world sporting events. If every country was judged on their human rights laws, the selection pool could be frighteningly shallow. 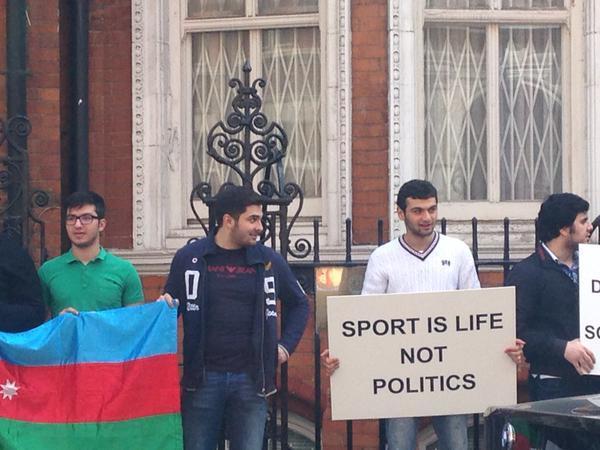 Pro-Azerbaijan protestors stage a counter-demonstration in London on June 12th, 2015

Another major event currently taking place that illustrates the connection between sport and politics is the European Games in the city of Baku in Azerbaijan: otherwise known as “Baku 2015”. In the days preceding these Games, The Guardian joined organisations such as Amnesty and Platform in having their journalists and activists denied entry to the country. Even more worryingly, domestic journalists who have voiced criticisms of the government, the Games, and human rights situations in Azerbaijan have been imprisoned and, in some cases, sentenced. Protests against these actions by the state continue as I write this.

Western media organisations will rightly campaign and protest against abuses of human rights in Azerbaijan and Qatar. However, it is worth exploring the historical layers that govern popular perceptions of what an international sporting event should be. In his book Barbaric Sport, Marc Perelman posits that ‘the birth of world sport parallels the consolidation of imperialism’. Perelman mentions the exportation of ‘sporting practices’ by Britain to places such as India and South Africa. He continues:

The great international sports federations were set up at the turn of century around the time of the First World War, at the same time as the other great supranational organizations such as The League of Nations. Today the international authorities of world sport are completely integrated into the mechanisms of imperialism.

A grand statement, it is one to consider seriously in the context of the European Games in Azerbaijan and the World Cup in Qatar.

Naomi Westland of Amnesty stated two weeks ago that the European Games ‘are a massive PR excuse to present Azerbaijan as a modern, dynamic, progressive state. Behind the scenes, the reverse is the case.’ Advertising campaigns for tourism in the country, shown regularly on the most popular news station in Europe, Euronews, parade the slogan: ‘European Charm of the Orient’. Even for the tourist industry, this is a quite vicious regression into romanticised, imperialist discourses of the Middle East. The desire to be seen as ‘progressive’ and ‘modern’, while ostensibly admirable, echoes the Enlightenment principles that governed and “justified” the pseudo-science of colonisation. The human rights abuses happening ‘behind the scenes’ in Azerbaijan are not dissimilar in purpose to those that occurred in British and German colonies during the 19th and 20th centuries: all in the pursuit of “progress”.

To return to Qatar, one of the primary objections to their hosting of FIFA’s World Cup was the country’s climate. With temperatures exceeding 40 degrees Celsius an environmental norm for Qatar during the month of June, serious and necessary questions were asked regarding the safety of both players and fans enduring such conditions. However, the traditional timing of this tournament during the Northern Hemisphere’s summer months has the consequence of inherently marginalising many countries whose proximities to the Equator resemble that of Qatar and whose climates at this time are therefore not appropriate for the tournament. The decision to move the tournament to the winter months, which would enable these countries to be involved in hosting, did not sit well with Europe’s footballing federation UEFA or many of its national associations, as this international event will cause major disruptions to club football. Within Europe exists what are commonly deemed the ‘Big Five’ domestic football leagues - those of England, Spain, Germany, Italy and France. Their stature in the sport largely emanates from the quality of the players and their financial power, the combination of which equates to a huge media presence that sees them dominating the global football market. It is striking to note that the five countries mentioned all have vast histories as colonial powers. The historical past continues to resonate in the economic and cultural present.

Recently, Qatar Foreign Minister Khaled Al-Attiyah claimed that it would be ‘anti-Arab’ to strip Qatar of the 2022 World Cup. Speaking to Reuters, he said that he believes ‘it is because of prejudice and racism that we have this bashing campaign against Qatar’. This claim fails to consider the scope of reasons for objection to Qatar’s position as hosts, which largely centres on their lack of regard for worker’s rights rather than the ethnicity of the country’s people. That is not to say the Minister’s claims of racism are totally invalid; rather, they appear mis-directed. Bias, prejudice and racism are embedded in the structural histories of both the World Cup and the sport as a whole, and Qatar’s selection as hosts, whether corrupt or not, has generated a new consciousness of the interdependence of international sport and politics.

Kanye West vs. The Media

Note: Those who are approaching this piece with an already formulated dislike or contempt for Kanye West would benefit from watching this two-part speech, either before or after they read this, which will undoubtedly show him in a... Continue →